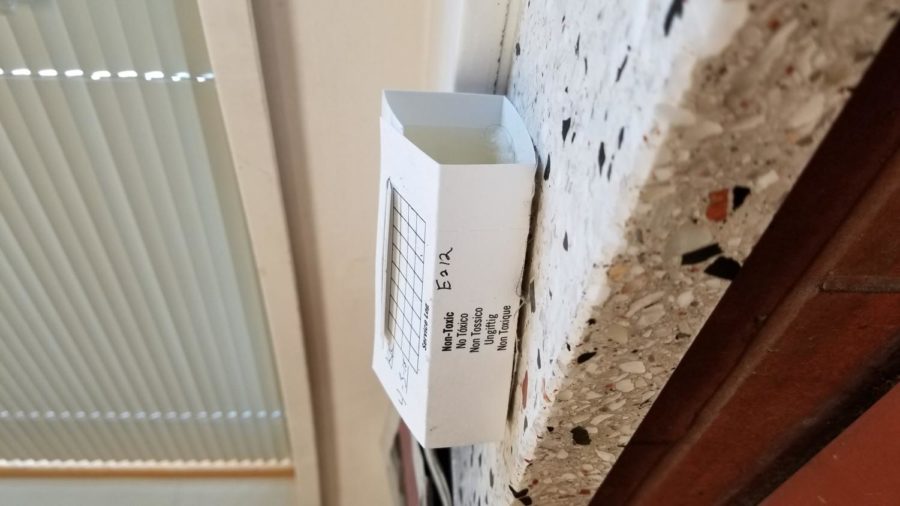 Rams are not the only four-legged creatures roaming the halls of Highland High School. In recent history, the school has been hosting an infestation of an entirely different animal. Mouse sightings have become increasingly more common in the everyday life of Highland students. Even when they go unseen they can sometimes be heard running around in the walls while students quietly write away on their Spanish tests.

It is true that mice and rats are considered gross or even terrifying to some people around our school, but many do not know the true extent to which these pesky rodents can be harmful. Rodent infestations are a vector for antivirus, a potentially deadly airborne lung disease. According to the Utah Department of Health, it is spread by the droppings, urine, and saliva of infected rodents.

“Sometimes when the class gets really quiet, like during a test or something, we can hear mice in the walls. Its weird to hear them and they are a little gross,” student Jack Raleigh said.

This year has not necessarily had more mice than around the school than in previous years. Increased presence of rodents is seasonal. As the weather changes from fall to winter faster or earlier than in other years. The drastic change in temperature drives the mice out of the cold outdoors into the building that is most convenient. The fact that Highland shares a border with a large city park is also a factor in the number of mice that seek refuge in the school. Not only is the weather change causing mice to flood the schools but there is also an increase in food storage at Highland. This year Highland has found many new ways to feed the the less fortunate people in our community. Unfortunately, these new opportunities for good also provide many opportunities for morsels to fall to the floor or lie forgotten in corners. The primary way to attract mice into a building is to leave food out.

“The best way to keep out mice is to clean up, and put your food away, and make sure everything is sealed up so rodents can not get to it,” head custodian Matthew Lily said.

Another factor into this issue is the fact that despite the great work they have been doing, Highland’s custodians have been understaffed for the past few months. Some janitors left to find new jobs and others were on leave. No matter where they are now it does not change the fact that janitors are understaffed and it is presented administration with a difficult challenge to find people to replace those who left.

Over the winter break, the mouse population was at its worst. During the two weeks that students were away from school, the janitors at our school were able to trap more than 20 mice. This may not seem like many but since school has been back in session there have only been a few incidents where mice have shown up. This means that even while our custodial service has been understaffed they have still managed to deal with the issue of mice in the school to the best of their abilities. The war is far from over at Highland but our custodians have won us the first battle.