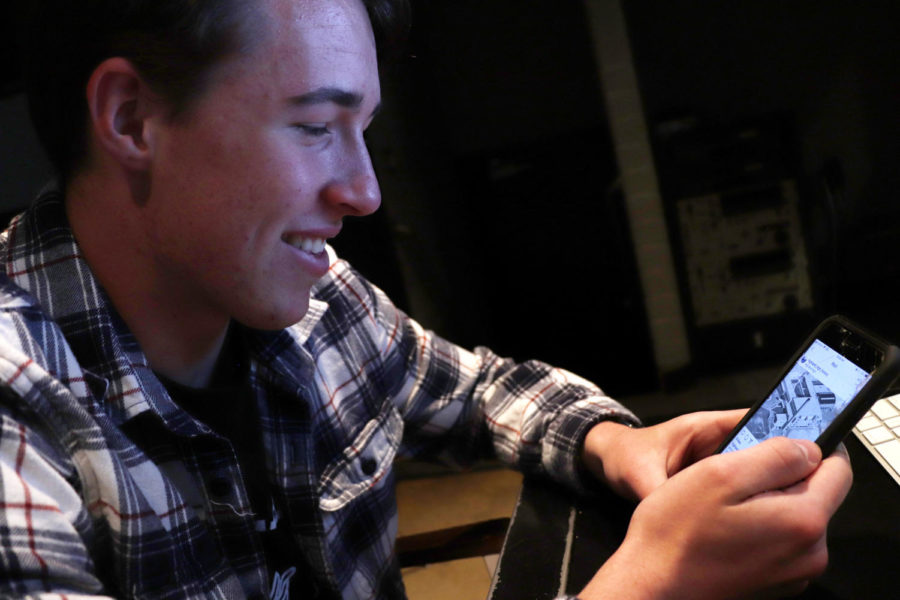 Imagine being able to look back decades into the past, seeing how your familiar surroundings came to be, and the people that existed in the same environment. Highland sophomore Alex Fielder has this chance.

Fielder has an entire Instagram account dedicated to Highland’s history. It’s called @highland_high_history, and it has accumulated over 100 followers since it’s start in October. The account began when Fielder found something he would never expect to find.

“I found a box of old negatives in the HTVS room and I was like, ‘These are really cool.’ So I got those developed, and I just found more pictures online and I went into archives and such,” Fielder said. “I realized I had too much stuff and I knew too much about the school, so I decided other people might want to know about it,”

Since the initial discovery of the photos, Fielder has found other helpful sources, such as the archives in the University of Utah’s Marriott Library, and even the YouTube account of a former janitor of Highland. Fielder’s favorite part of Highland’s history to research is its architecture. One example of this, and Fielder’s favorite post on the account, is the history of the art hall and how it used to be the student lunchroom.

“I like it all, but i really like the architecture, it used to look really cool,” Fielder said.

Photos posted on the account were taken decades ago, some even dating back to 1966. Some of the images include students doing various activities, such as working in the HTVS room, or attending a football game. Others focus on the old architecture of the school. A popular image on the account is of an old floor plan, which has the title “South East High School”, the original name plan for Highland.

“I like sharing [research about Highland] with people and informing people about the history. I don’t think many other people have done that before, so I think it’s cool,” Fielder said.