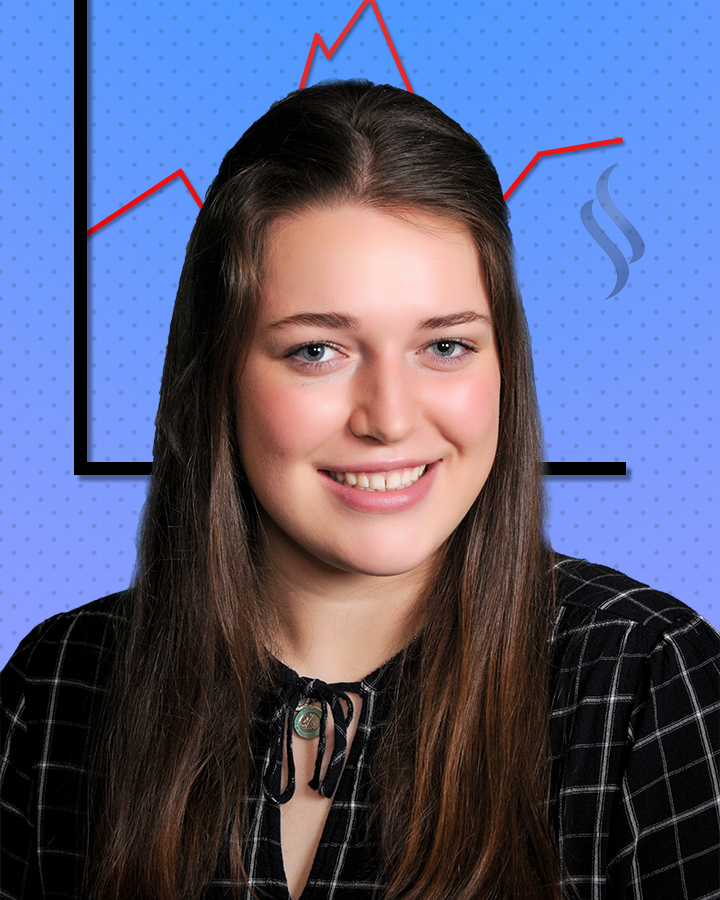 The world of business and marketing is like a jungle, full of preying salesmen and vicious media planners. Ads lure in their game and go in for the financial kill. However, Jocelyn Frasier is already prepping for the wild.

She’s the 2020 Sterling Scholar for business and marketing, and she’s worked hard for it. Contrary to the coldblooded, ruthless stereotype, Frasier is hilarious and personable. Merchants and vendors may seem greedy and aggressively friendly, but Frasier is changing up the game. She’s bringing in friendly and warm-hearted authenticity.

Frasier loves Netflix cooking shows. They stress her out when things get heated and some Gordon Ramsay starts yelling, but she loves the satisfying and calming foodies’ craft. Frasier also loves blasting hardcore country music while driving and trying to sing the guitar solos.

“My friends and family don’t like country music, so when I get the chance I blast those babies at top volume–without blowing out my speakers,” Frasier said.

At school, Frasier has done her best with the help and inspiration she has. She took the one marketing class at Highland, which she wishes there were more of. Her teacher inspiration is Julie Hamilton, who teaches psychology and U.S. history.

Hamilton is teaching while getting her master’s degree, so Frasier finds it relatable and refreshing to see someone survive the madness of juggling school and work.

Frasier’s mom, Janet Frasier, is also in the business and marketing field. Although she might not like Frasier’s country music, she’s still happy for her daughter’s achievements.

Her mom originally wanted to be a special education teacher when she was her daughter’s age, but when she became the rally chair in her high school’s student council it sparked her interest in marketing.

Throughout college she studied English literature, and eventually her post-schooling jobs led her to be the vice president of marketing for CardFlight, a business that makes easy-to-use payment software for business owners.

Although her interests varied, Janet pursued her dreams no matter where they took her. She wishes her daughter the same.

“I hope that she keeps a really open mind and continues to explore things in college,” Janet said. “It’ll come together for her.”

Wherever Frasier goes, down the path of a sports psychologist or the trail of a sports marketer, she has the kind of determination and good nature to get her far. She’s already proven as much by becoming the Sterling Scholar.

And whatever jungle she goes into, marketing and business or cooking shows or professional country-singing chauffeuring, Frasier will always succeed.