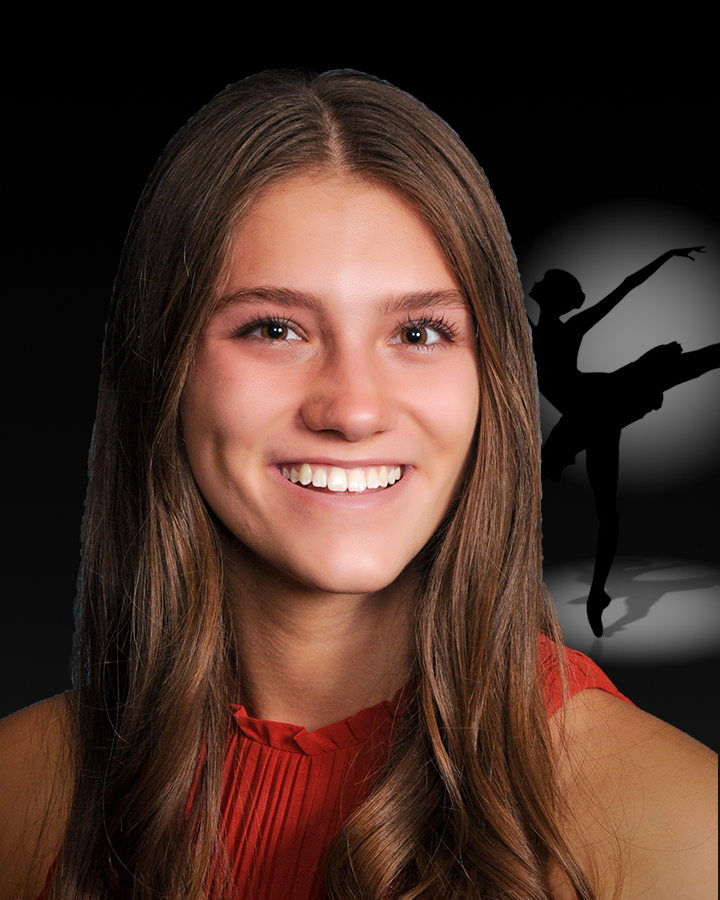 If Kaitlyn Kramer were to be stranded in the wilderness her specific skill set would make her a worthy adversary to any jungle competitors. She would be climbing trees with ease and using her strength and flexibility to survive. Who would guess that the key to one’s confidence in survival was all in the initial decision of a mother to force her daughter into a dance class?

“At first, it wasn’t my favorite thing, like I had to go to dance class, I had to put on my leotard,” Kramer said. “But then after a while, I think I realized that I felt like it was kind of fun and that I had a passion for it. So that’s kind of where it all started and now it’s something that’s a big part of my life and I really like it.”

She wasn’t the only member of the Kramer family to be pushed into a dance class, her older sister was also a member of Highland Dance Company, making it a family business.

It’s a common practice for mothers to put their kids into a dance class or onto a soccer team from a young age, but it doesn’t usually result in a long lasting passion, and even more sparse is the likelihood of creating such a refined skill-set as a result, landing her on a competitive team. Outside of Highland Dance Company, Kramer is also a part of Silhouette Studios and was on their competitive team for three years.

Her talent not only helps in fictitious jungle escapades and on the dance stage, but it has crossed into other activities in her life. Kramer is on the Highland cheerleading team, her aptitude in this field is in a large part due to her background in dance.

“I think there’s a lot of similarities between the two (dance and cheer) and I think that cheer kind of helps with more sharp motions, but then dance is kind of like everything. There’s some sharp, some hard-hitting, there’s also flowy, pretty movements. I think they both kind of complement each other,” Kramer said.

Kramer’s versatility makes her a well-rounded and skilled dancer and cheerleader. So many people become laser focused on the thing that is closest to their heart, meaning she would only whole-heartedly apply herself when it came to contemporary dance, something she has a specific love for. Earlier this year she had the opportunity to choreograph a contemporary performance with one of her friends in Highland Dance Company.

“The performance was really fun because we got to choreograph it ourselves and perform it,” Kramer said.

This was what Kramer immediately picked as her favorite performance. It must have made an incredible impression, because it also stood out to her teacher and mentor, Kelsey Condie.

“Noticing her fall concert last semester, that we (Dance Company) did, just really getting to see her shine in a duet, as a senior, that was a contemporary duet, I think that as one where I was like, ‘oh, wow! Kaitlynn!’ Kelsey said.

Kramer aims to impress. She has worked on her ability and skill tirelessly since the beginning. It’s hard work, with after school practices, class time and outside rehearsals. All this time commitment has refined all the small details that make her into such a strong dancer and presence on the stage.

Kramer comes from a creative background. Her sister also danced, and Kramer has an aptitude for art. It would seem that she is at her best and happiest when she is creating, and it shows through her passion and her performances.