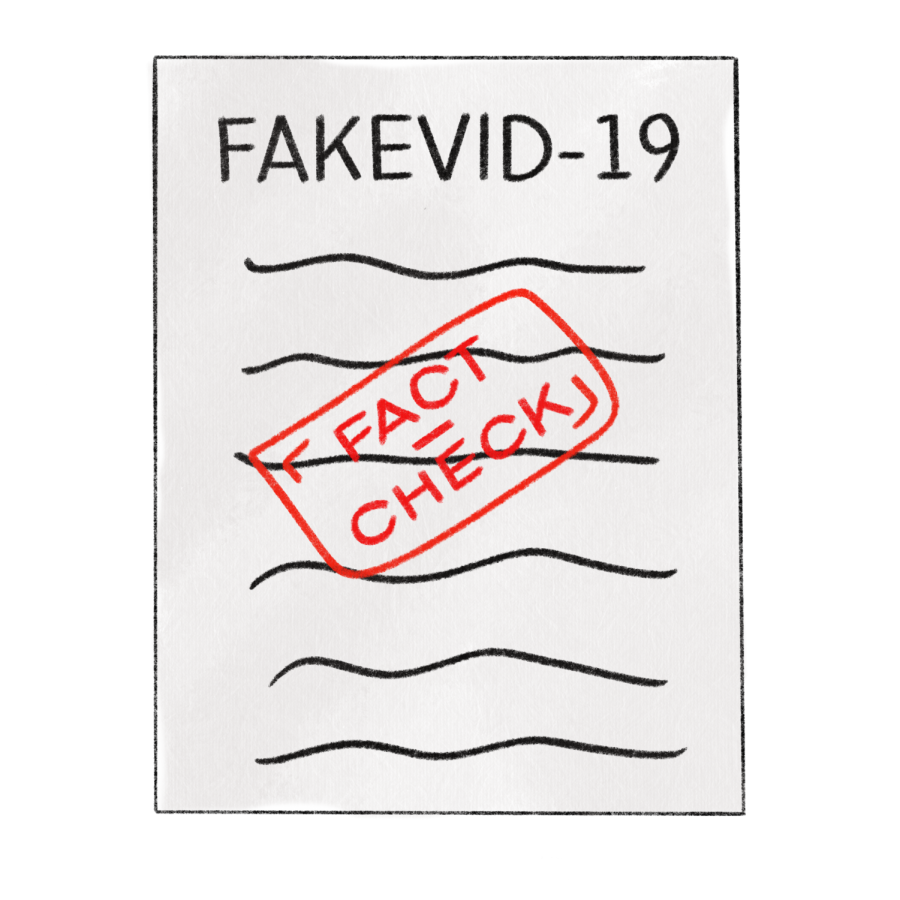 In March of this year, one week before schools shut down in Utah, my friend and I were discussing the then novel Coronavirus.

“I think that we have nothing to worry about,” she had said. “The death rate is lower than the flu, it won’t even reach Utah.”

“I bet they’ll shut down schools for two weeks, and we’ll come back after Spring Break,” I’d answered naively.

In my mind, this would quickly be over. The spread of the virus in Wuhan had been a fluke, but it was seemingly weak — it wasn’t killing many people, and it had only infected a handful in the United States.

Nine months later, we are still in lockdown, and things seem to only be getting worse. Yet as so many people continue to act as though we only know what we knew back in March, a whole other pandemic is sweeping the country: misinformation.

While I could have never expected a pandemic of this size to happen during my lifetime, it is even wilder to me that this pandemic has become politicized to a ridiculous point. Our head epidemiologist, Dr. Anthony Fauci, has received death threats from people ranging from everyday citizens to the former Chief Strategist of the White House. Masks have become an issue of “Democrat vs. Republican”, and the rise of social media has led to a wave of conspiracy theories like no other. Like it or not, this politicization of the Coronavirus has influenced almost all decision making during an unprecedented time.

The politicization of science is far from a new thing, with topics ranging from climate change to vaccines being reduced to left vs. right, Democrat vs. Republican. But in a pandemic that has, according to the CDC, killed over 300 thousand people in the United States alone, this is incredibly concerning. Misinformation and tactless decision making are killing people right now, yet we continue to polarize each other.

One of the main contributors to this polarization has been President Trump himself. His refusal to listen to leading medical experts mixed with him constantly Tweeting baseless claims about the virus, diverging the focus to irrelevant, but very polemic directions, such as the racist “China virus”, and forcibly creating a situation where any action any figure takes towards the virus is inherently political.

Take reopening schools, for example. The lack of action taken to restrain this virus has made it so that, according to the CDC report on Coronavirus deaths, there have been two deaths from COVID per minute in the United States. Utah cases are skyrocketing, and according to the Salt Lake Tribune, more and more children are seeing serious consequences from the Coronavirus. So why are we continuing to rush for reopening?

Only this month, on Dec. 7, there was a protest for all schools to reopen here in Utah. While we must have this very serious conversation of whether the risk outweighs the problems of online schooling, this is so much more complex than many people, especially high schoolers, make it out to be.

Let’s face it, teenagers are one of the groups most susceptible to misinformation and conspiracies. It was Gen Z that flooded the Internet when Pizzagate and the Wayfair scandals came out, and it is now largely Gen Z that is being incredibly reckless during this pandemic. High school students continue to throw parties and see friends daily, yet they are confused as to why we still aren’t in school.

I’ll never forget reading in the New York Times about a young man from Texas who, at 30 years old, died from COVID-19 after attending a “COVID party.” His reasoning? He believed that Coronavirus was a hoax, and that he as a young person would be fine.

A shallow look at the complex subject of reopening can be highly contributed to, again, a spread of misinformation. The most common argument I have heard is that the “death rates aren’t high”. People who are for reopening push this argument often, failing to regard the lasting effects of COVID-19. As our hospitals become overwhelmed, they just don’t have the resources to treat things that aren’t even related to the Coronavirus; this leads to more and more deaths from both COVID and non-COVID issues, which in turn lowers life expectancy in the United States. Take Stephanie Deer, a Utah citizen who recently partook in Salt Lake County’s campaign to spread real stories about Coronavirus. Deer’s sister died not of the Coronavirus, but of heart failure that went untreated due to overrun hospitals.

Similarly, people, especially young ones, often don’t look at more than just the death toll. Harvard Medical School reported that around 50% and 80% of people who caught COVID-19 experienced symptoms and effects weeks and even months after they were first diagnosed. These range from losing taste to serious respiratory issues that will often stay for life.

The serious issue we are facing is that people are seeing this as a political issue, listening and spreading misinformation, and continuing to have a shallow outlook on a very complicated subject, and like the real pandemic, this is very much out of control too. So how do we combat this in the age of “fake news”?

For one, listen to medical professionals. In a survey taken by Doximity, a professional network that links physicians, as well as Harvard Medical and RAND Co., a whopping 70% of doctors surveyed said that the response to the pandemic has been inadequate. High schoolers do not know more than trained physicians. If professionals are saying to stay home, stay socially distanced, and stay masked, we should follow those words.

For another, start doing further research into the Coronavirus. Finding unbiased, trustworthy news sources is, now more than ever, very important. Only last month, Twitter decided there was too much misinformation and introduced a feature that tells users to read the article they are about to retweet. The fact that Twitter is concerned about misinformation says a lot about the state we are in.

Lastly, do not be tricked into politicizing a human issue. Whether to the right or left, we should all be able to agree that this is an issue that scientists should be leading, not politicians. The United States is breaking Coronavirus records daily, and according to the World Health Organisation, the USA currently has five million more reported cases than the country with the second most reported COVID cases.

As cases and deaths continue to increase with no visible end, it is becoming more and more apparent that this is far from the “China” virus, and instead a worldwide problem. If we are not able to combat both misinformation and our own divides as a nation, we certainly will not be able to go back to normal any time soon.