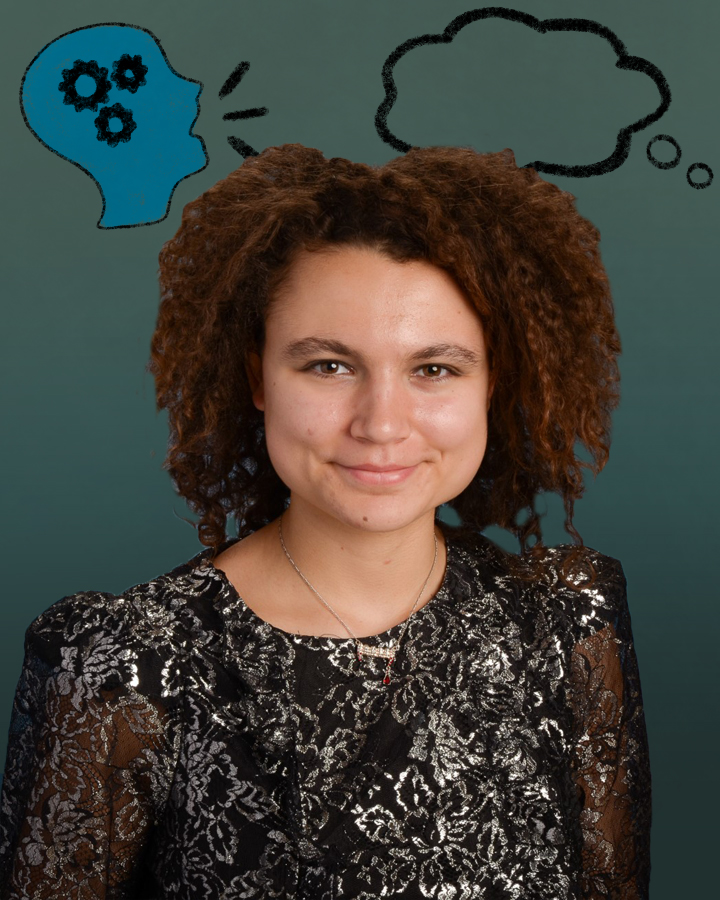 Lee Ivy Voisin lived in France as a child. She was there several years spending time with her family and learning at school. She learned about math, science, and reading, as well as appreciation for film and photography, and she learned the importance of helping people who are less fortunate. One thing she didn’t have to learn about, which is incorporated into curriculum at most American schools, was how to protect herself from an active shooter. When Voisin moved to the States, this reality deeply saddened her, and she hated the idea that kids have to deal with that kind of fear every day. She has translated this, as well as countless other concerns about people’s well-being, into a life filled with service.

This hard work and genuine passion have earned Voisin the distinction of Highland’s Social Sciences sterling scholar. This is a topic that Voisin describes as the use of knowledge of history to help solve injustices within today’s society. Instead of letting history repeat itself, Voisin wants to stop the cycle and make life better for people in the future.

“I’m someone who wants the best for everyone, and I want everyone to live a good life. To know that there are certain problems or injustices that are hindering people’s capabilities to live a great life causes me a lot of sorrow and pain,” says Voisin.

Instead of just feeling sad for people, she takes action by way of community service and education. One large contribution of hers that Highland students may be familiar with is the Interact Club, a Rotary-sponsored service club.

Sophomore year of high school, Voisin was inspired by a friend to join a leadership camp with the Salt Lake Rotary club, which was her first experience with the organization. She has now dedicated a lot of time to Rotary and plans on becoming an official member when she’s old enough.

The Highland Interact Club, of which Voisin is president, has been successful with several important projects. For example, last year the club raised money through a bake sale to sponsor 261 polio vaccines for children in countries where the disease is still dangerous. They have also raised money and helped collect supplies for local refugee centers, homeless shelters, Native American reservations, and Highland family services. Voisin says that it is important to do service on both an international scale and a more local one.

Some of the projects the club is interested in working on in the coming months may be supporting an environmental conservation charity or an organization that provides menstrual products to girls in need.

Even the COVID-19 pandemic has not barred Highland Interact from helping people.

“It has been a challenge to find out how to bring in the same amount of revenue and impact doing online fundraisers rather than in person,” Voisin said, but also explained how the club was able to use social media and internet publicity to raise money for people in need during these difficult times.

Another important aspect of local service for Voisin is her involvement in the March for our Lives Utah campaign, an organization dedicated to increasing regulations on firearms in order to prevent gun violence. This is a slightly different type of service from what she does in the Interact club because March for our Lives pushes for institutional change that will come largely from the government.

Gun safety is an issue Voisin is passionate about. This comes in part from her experiences in France and the stark presence of the danger of violence almost everywhere in the United States.

During her three years of being part of March for our Lives, Voisin has lobbied in legislative sessions and spoken at several public rallies. Additionally, she has helped people register to vote and raised awareness about how important voting is.

Service is something that has always been important to Voisin, and she has been greatly involved in helping people ever since she was old enough to have those opportunities. She was raised in a household with a mom and older brother who have been very invested in social justice for a long time, so it’s always been a part of her life.

“She is very dedicated to what she’s doing, and has a lot of compassion,” says Esther Voisin, Lee Ivy’s mother. She is very proud of her daughter because though some of her interest in service was inspired by her Esther, Lee Ivy “has her own vision and is ready to learn.”

Helping communities is a large part of social science, but Voisin wants to add another level and make a career out of it by way of filmmaking. She says that film is an art media that she’s been drawn to from a young age, and she decided to become a director at just 10 years old.

Voisin has done a lot of work on learning and practicing filmmaking, taking classes at Highland and attending some programs at Spy Hop, a youth digital media nonprofit in downtown Salt Lake. She appreciates the sense of collaboration in the film community. Some projects she’s proud of in her repertoire so far are a music video to “Red Right Hand” by Nick Cave and the Bad Seeds, and an animation about Gen Z’s savior complex.

Voisin’s interest in digital arts likely was inspired in part by Esther, who is an artist and photographer herself; she wants to use her art to pass on her French culture. Esther thinks that this culture, as well as a close and loving family split between the United States and France, have been an influence in Voisin’s accomplishments.

When she goes to college, Voisin plans to double major in filmmaking and social justice. She was recently accepted to Emerson college, and she’s also interested in attending San Francisco State University, the University of Southern California, or another school.

Beyond university, Voisin hopes to use her movies as a platform to shed light on marginalized issues and as a way to contribute financially to some of those causes. She cares deeply about making the world a better place, and she has found the path she wants to follow to hopefully make a large positive impact. Voisin not only has all the best intentions, but she has a great deal of determination and hard-working spirit. She will surely bring a lot of justice to the world.