Many Teens Have No Drive To Drive 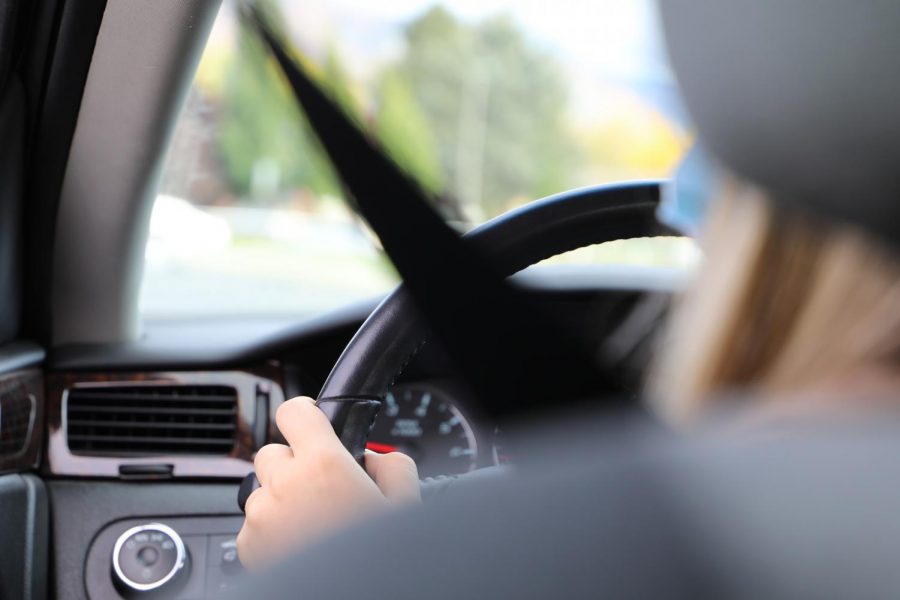 When Highland science teacher Swede Robinson was 15, the only thing that mattered to him was freedom. Four wheels, an open road, and a little bit of cash in his pocket.

For Robinson and most of his generation, a driver’s license was the representation of freedom all teens longed to receive. This small, rectangular symbol made Robinson feel as if the entire world was in his hands.

“That was like life and death to me, because that was the ultimate symbol of freedom in my world,” Robinson said. “As long as I had 10 bucks and some car keys, I was golden.”

Today’s teens don’t feel the same way, it seems. The number of teens in the US holding driver’s licenses has declined. According to Statistica.com, in 1983, 46.2 percent of 16-year-olds had driver’s licenses. In 2018, the number dropped to 25.6 percent.

Some theorize that another small rectangular object that teens now clutch so dearly is the reason for the decline. Cell phones can open the world without students needing gas money and a seat belt. But others point to multiple factors that have influenced the trend.

Getting a driver’s license used to be viewed as a rite of passage, a major notch in the belt of growing up. It was a symbol of becoming an adult, proof of trustworthiness and being responsible enough to take the car and go places without the help of adults.

But today, most teens look at getting a driver’s license as something to check off a grocery list — not a priority, but nice if they find the time.

Why the shift in the value of driving as a teen? What has changed in the world to make that small plastic document less significant?

Getting a license takes time, and it can be a hassle to do all the driver education work, the driving hours, and even just make appointments at the DMV. A lot of teens wonder what the point is in doing all that work, especially when they can walk, or use the many different types of public transportation offered to them instead.

Teens also have a different mode of connection that was not offered twenty years ago–cell phones. In the minds of many, there’s no need to even leave the house in order to talk to your friends, get food, or buy things. With that perspective, it might be easy to think that driver’s licenses aren’t even necessary.

Osvaldo Perez, a 16-year-old junior at Highland, says that on a scale of one to 10, he wants his license a 10 – he just doesn’t want to go through the many steps needed to actually earn it.

“I was going to get my license this semester, but I didn’t have my permit, so I have to wait,” Perez said. “I don’t even know how to drive, and I’m just really lazy to learn.”

According to driver’s education teacher Kurt Schneider, students coming into class who don’t have permits has been an issue. In order to do any work in driver’s education at all, students must have a learner’s permit. Schneider has had to move a lot of students out of his class this semester because they have never earned a permit.

“A lot of families are in here that are probably thinking…’oh, the driver’s ed teacher is going to get me the permit, is going to teach me to drive’, but it’s really not that way,” Schneider said.
Even with this hiccup in the process of receiving a license, Schneider doesn’t feel like it is the main reason for the drop in numbers.

Schneider gave the rough statistic that he thinks only about half of sophomores at Highland are enrolled in driver’s ed and actively trying to get their licenses.

“I think I’ve got about 120-130 kids enrolled in my classes. So, if we double that for next semester, we’re at about 250–275 kids,” Schneider said. “That doesn’t seem like a lot of kids….in the sophomore group of kids. I would assume there is probably closer to 500 sophomores in the school, so that’s about 50 percent of those students that are at least attending this class specifically to get their driver’s license.”

He also brought up the fact that he has a handful of students every semester who don’t pass the class, and then don’t come back and try again. They just don’t seem to care enough.
“This is probably getting close to 25-30 kids here, that took the class last year, that didn’t finish the program last year,” Schneider said, pulling out a file from his desk. “It’s just a matter of motivation.”

Sophomore Claire Archibald says that on a scale of one to ten, her desire to get a license is at a three. But it’s not that she’s scared of driving, and it isn’t an issue with the workload either.

“I just don’t care. Like, I would get it, but just like, why get it?” Archibald said. “I walk a lot of places anyway.”

“I think it’s stupid [when people don’t want their licenses]. What? You don’t want that freedom and independence to do it yourself?” Eresuma said. “Because asking someone else is like putting a burden on someone else to do it, and I don’t want that–I want the responsibility of taking myself somewhere to be on me. I feel like I’m more reliable than other people,”

Given that Salt Lake City is connected by multiple public transportation options, plus many places within walking distance, getting a license just might not be as important as in years past.

“At the end of the day, is anything in Salt Lake City that far away from you? I mean, is it something you can get on a bus, or Trax, or have your parents drop you off?” Schneider said. “I would have to say that that’s more of the trend–that there’s transportation and easier ways to get around than to have a driver’s license and to have a car, maintain a car, those types of things.”

For teens in the world today, this is the new reality and the new way of thinking. Why get it if they simply don’t have to?