Transparency During Lockdown Should Be Celebrated 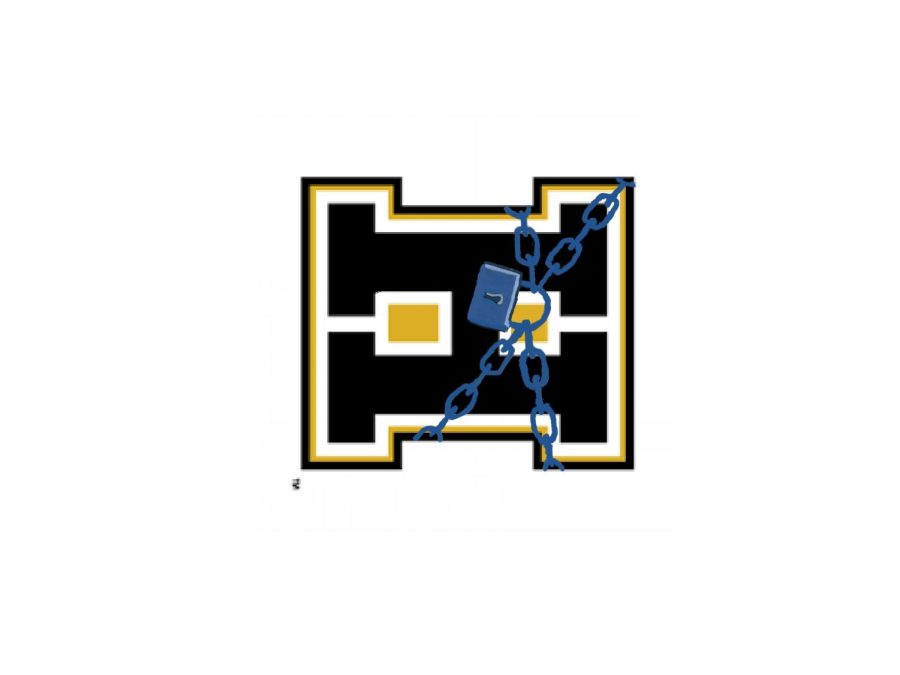 A few weeks ago, Highland experienced a lockdown on a Friday due to an anonymous tip on the Safe UT app regarding a threat made against the school the night before. An announcement was made over the intercom by principal Jeremy Chatterton explaining the situation and that the school was now under lockdown protocol.

Police arrived and were very visible at the school and in the halls, teachers were notified and told to lock their doors, and students sent texts to friends and family explaining what was going on.

For many students, this announcement incited fear. Many chose to leave for the day or not come to school at all.

But as negative of a feeling fear is, ignorance and confusion in times of crisis are even worse.

More often than not, leadership at schools make the decision to leave students out of the loop when discussing violence and threats made against the school. Administrations use the defense of a protective policy to justify this response, but by doing so completely take students’ opinions and emotions out of the picture. The normal response to questions raised by students is adults saying that age plays a factor in decision making and that teenagers in high school lack the maturity necessary to be a part of larger decision-making opportunities for schools.

This contrast between students and the administration only creates an opportunity for further divide in schools and disdain for leadership because they cut students out of an information loop that directly affects them and their personal safety. The idea of understanding the situation and what is going on is essential to feeling safe and secure in dangerous environments. Transparency and honesty are critical to creating a trusting relationship between students, parents, and teachers alike.

Highland’s administration should be applauded for not keeping students in the dark.

A proactive approach, like the actions taken by the Highland administration on the day in question is a refreshing change in pace when compared to other schools’ decision to keep students in the dark. Instead of withholding information, the school sent an email out to parents explaining the situation and made an announcement to students explaining what the rest of the day was going to look like under lockdown protocols.

Police were visible at the scene, and the added security secured the entrances to the building as well as walked the halls in between class periods. Their presence on site did create fear in some students, but many also said they were happy that the school was taking it seriously and providing extra safety accommodations while also being honest about why they were needed in the first place.

“It always makes you more aware when police are in the building that something is happening, but in these types of situations knowing what’s going on is better than not knowing,” sophomore Sadie Spalding said. “I felt more prepared because I knew what was going on.”

When the announcement was made in the morning, the common reaction among many students wasn’t a surprise at the actual announcement itself because the unfortunate truth of the generation is that threats aren’t all that uncommon, but more people were generally surprised at the school’s transparency with the community and letting them know why the school was now under a lockdown.

The idea of threats at schools is not a new concept to the average high school student. Whether it is from the media’s coverage of a threat or violence in another state or a personal experience, the idea that high schoolers are ill prepared and do not process the maturity needed to handle information is not of the utmost truth.

The existence of an app such as the Safe UT app Utah created as a hotline and helpline program in itself goes to show once again that threats do exist, but we need to be proactive to respond to them. If people are encouraged and kept in the know it gives them more opportunity to prepare themselves and help others because they have the power of knowledge with them to guide and direct their actions and response to a situation.

Being in the know is something that high school students want to be more familiar with. Understanding what is going on in a situation reduces the amount of anxiety linked to the occurrence while simultaneously creating an environment in which students felt heard and respected because they are told what is going on in an instance that directly affects them.

Transparency is a key and crucial part to building relationships of trust and a feeling of safety in spaces. Knowing about the origins of threats is critical to preserving one’s own mental health and is a valuable action to take when ensuring the security of a space such as a school.

“All in all, I like It when the school is honest with me,” Spalding said. “Understanding what is happening is most important to me when it comes to my own safety.”