Cook Serves Up Victories in First Year of Wrestling 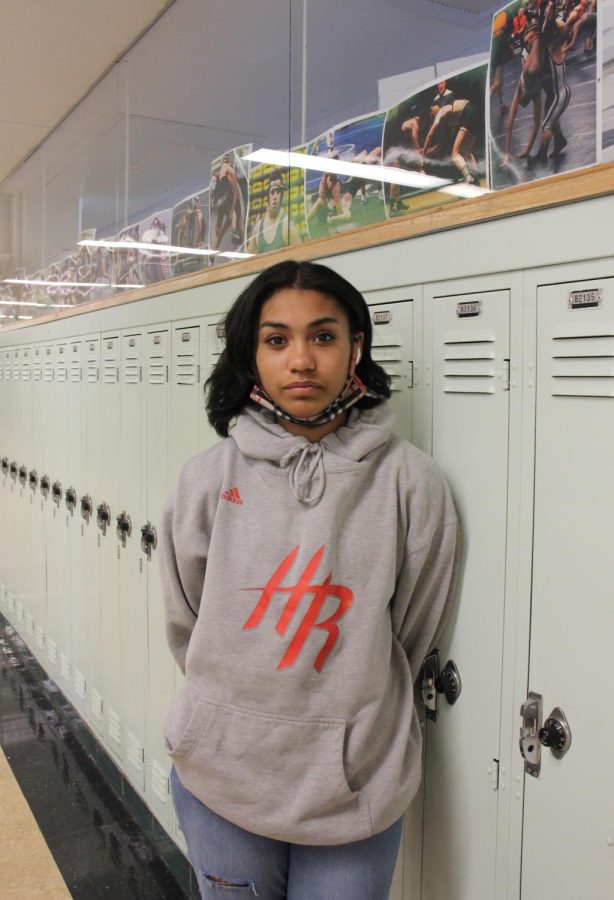 For any high school student, placing in state for sports is a huge accomplishment. Being a freshman and the only girl on the wrestling team, Highland student Nehemiah Cook makes placing fifth in state look easy.

In the first year that girls wrestling has been sanctioned as an official sport in Utah, Cook too advantage of the opportunity.

“Wrestling has always just kind of caught my interest. Ever since I was younger, I’ve always wanted to wrestle,” Cook said.

Cook has been wrestling since she was in second grade and has been competing in tournaments since seventh grade, alongside her older brother. She lived in Washington until the summer before her eighth grade year, where she wrestled for her middle school. Once she moved to Utah, she started wrestling outside of school, until this past year when she came to Highland. Since at Highland, Cook has taken second place in the girls’ divisional and fifth in state, competing against juniors and seniors.

“I’m grateful that none of the guys take it easy on me just because I’m a girl,” Cook said.

Still, there is no denying that having more girls on the team would provide a different kind of support than Cook is getting from her team now.

“At the end of the day, yes wrestling is wrestling, but there is a difference between boys and girls,” wrestling coach Swede Robinson said. “In one way, it’s part of what’s made her tougher, but on the other hand, it would be a benefit to her to have a few more girls in the room.”

A few more girls in the room or not, Cook is ambitious when it comes to going further with wrestling. Currently, she is still practicing with the Highland team during their spring practices, who are attempting to compete in the USA wrestling. In the next few years, Cook is hopeful for more girls to join the team, to place higher in state, and possibly even take state championship. She is aiming to get a scholarship for wrestling and is excited to continue her wrestling journey along with the rest of the team.